Everyone needs a lens mug, especially this time of the year. You see, it’s that season of life that every kid-at-heart knows will arrive one day in the hopefully far distant future but dreads, nevertheless, every time December 25 rolls around. It’s that season of life when Christmas presents have become few and far in between.

The past few years my Christmas present trajectory has been on an arguably downward spiral. Though Jesus spoke truth when he said, “It is more blessed to give than to receive,” when the season of giving overtakes the season of receiving, it’s an adjustment for kids at heart. 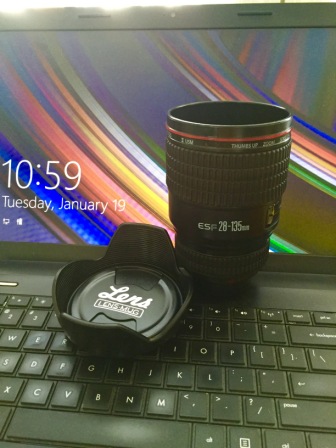 Thanks to my sister-in-law and brother (truth be told, this was more my sister-in-law than brother), I am now the proud owner of a genuine UK Lens Mug! I’ve wanted one of these ever since I first saw them about six or seven years ago. Back then they only made a “Canon” version and since I shoot Nikon there was no way I was purchasing a Canon anything.

NOTE to all Canon shooters: The above sentence was meant as a bit of levity; we’ll save the Nikon vs. Canon debate for another day and post 😉 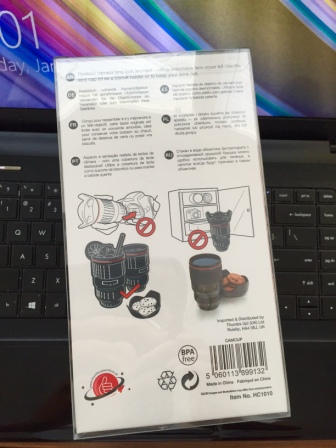 There’s just something comforting about drinking a cup of freshly brewed java, black, the way God intended, from a 28-135mm zoom lens mug. The other day I was reaching for one of my zoom lens to load onto my D750 and grabbed the lens mug by mistake; it’s that realistic looking. Of course, it’s a lot lighter than a real zoom lens so I about threw it through the ceiling when I picked it up. Glad there wasn’t coffee in it.

So maybe the Christmas present tide is slowly turning. In the meantime remember, everyone needs a lens mug. 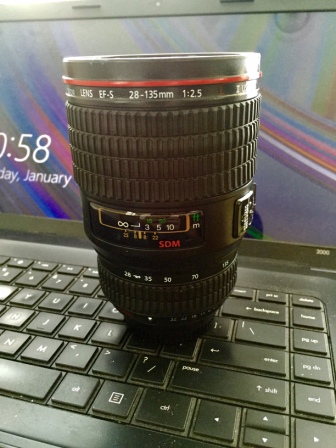